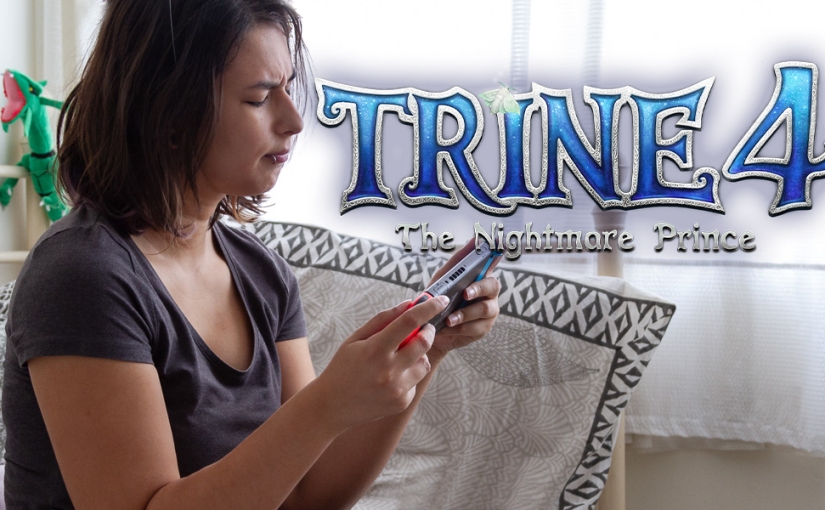 The Trine series of games has been quite dear to me since my boyfriend introduced the sequel to me a few years ago. Its not very often that you get a puzzle role-playing game where you have to use the different abilities of such an eccentric bunch of characters and its not often that you get to share that experience with someone else. And now, Frozenbyte has brought back Zoya the Thief, Pontius the Knight and Amadeus the Wizard for a new 2.5D adventure in The Nightmare Prince. 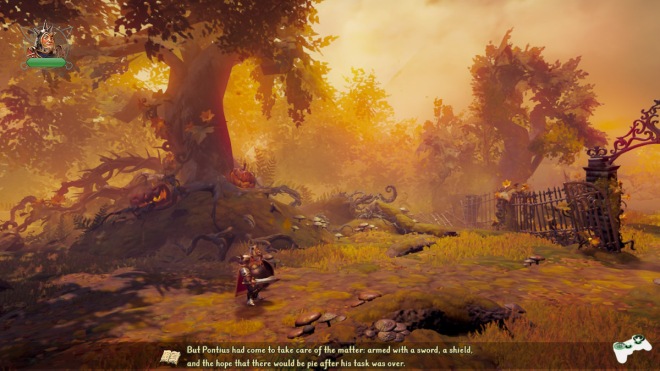 Off the top of my head, I can’t remember whether previous iterations of Trine had more than two difficulty settings but The Nightmare Prince give you either “Easy” or “Normal” with the option to set a delay for when the game will give you puzzle-solving hints. I recommend either disabling it or keep it at 6 minutes. There was also a “character mode” setting (classic/unlimited) with no explanation as to what that changes but I went for classic because I’m a classy gal. And yes, that is a very valid argument.

I’ve always liked Trine’s environmental design but Frozenbyte has just taken it to a whole new level in this. As you can see above, the backgrounds are absolutely GORGEOUS and the “level map” has a hand-drawn feel to it – with it being on a parchment-like background with the main trio scratchily drawn onto the line-shaded areas of where your next level will be based. The characters themselves are designed a bit more cartoonish in The Nightmare Prince than in The Artifacts of Power but they’re still them and their essence is not lost. The all-knowing Narrator, still voiced by Terry Wilton to my absolute glee, puts the cherry on top of things. 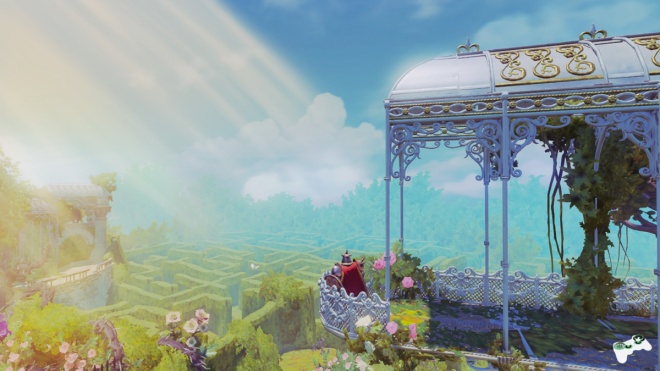 If The Nightmare Prince is your first introduction to the series, firstly: what are you doing? Go play the previous games! You can get all four games in the Ultimate Collection. And secondly: be warned of their controls. Four games into the series later and I still fumble about with them. I still mess up the buttons for character switch and character skills, and that still gets me into trouble when I’m faced with enemies. It doesn’t deter me in the slightest, however, because the game is still great as a whole. There’s no one single way to solve the puzzles you come across throughout your adventures (something I love) and even hours into the game, they don’t get repetitive but the enemy encounters do, which is where I then prefer to enjoy a multiplayer experience.

You have the option of playing multiplayer on a single console, via local wireless or online play. Multiplayer is great if you have a good gaming partner and great communication is a plus when it comes to solving puzzles and beating enemies. I’m sure that its the same for online-play though that of course means that you’ll need a Nintendo Online subscription which I don’t have, so I can’t tell you exactly how matching-up and the like works in Trine 4. 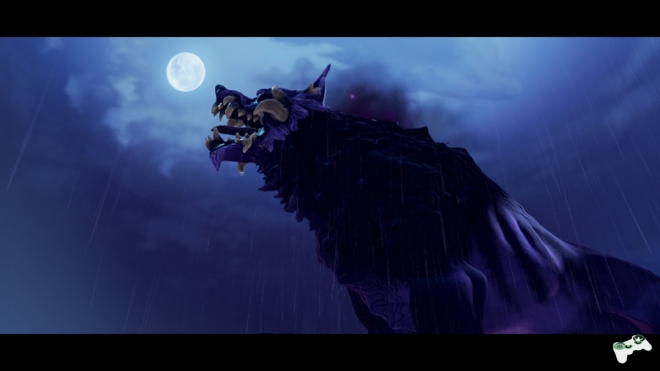 The heroes of Trine reunite when the Astral Academy – the prestigious academy for magic – requests for their help to return a “lost” student who you will quickly find out is the “nightmare prince” of the game’s title, though rather than with a evil background like one would expect with a name like that… His story is more of a mismanagement of and inability to control his powers and going along the game, you see why the Academy wants him back so badly.

Quite a few hours in and I believe this game is the first where the story is ultimately not about the main characters and their connection to the artefact of the game’s namesake. But I couldn’t say for sure because when I wanted to jump back into it, my game file got corrupted and needed a redownload which as of writing will take 16 hours and 57 minutes at this lovely internet speed that I currently have. Please pray that my save file isn’t corrupted as well…

Originally written for The AU Review. Review code for the Nintendo Switch kindly provided by the publisher, the game is available on all platforms. Screenshots are all mine tqvm 🙂

Feel free to follow me on Twitter and Facebook where I’ll let you know when new posts come up. I also make zero money on this site so if you enjoy my content and would like to support my one-woman show, do consider becoming my Patron!